If you experience excessive frequency of bowel movements, your child may have diarrhea. Especially with liquid or soft stool texture. Thus, water and children’s diarrhea medicine are priorities that should be given as first aid. The reason is, diarrhea is often accompanied by dehydration which can be bad for the health of the baby.

Actually, diarrhea is a digestive disorder that is common in various parts of the country. Mostly, this disease is caused by a viral or bacterial infection. When both of them infect a person, there is a disturbance in the absorption of nutrients in the small intestine, including the absorption of water in the large intestine. As a result, food is not digested completely so the stool becomes liquid and mushy.

In general, medicines are divided into two, namely traditional and modern medicine. Meanwhile, according to its type, traditional medicine consists of herbs and herbal medicines. You can choose the type of medicine according to your needs. However, if the symptoms of diarrhea do not improve, you should immediately contact your doctor.

Did you know that diarrhea in children can get better without medication in a few days? However, parents still need to pay attention to fluid and nutritional intake. Therefore, certain food ingredients are believed to be able to relieve symptoms of diarrhea. In fact, some have been clinically tested to contain good compounds needed by the body.

The first child’s diarrhea medicine is a banana. You can get this fruit easily, either in traditional markets, supermarkets, or private yards. According to research, bananas contain pectin and potassium which act to harden the stool. In addition, bananas have the ability to restore reduced body electrolytes.

If a child has difficulty consuming water when having diarrhea, try brewing black tea periodically. This is because, in addition to adding fluids, black tea contains tannic acid which plays a role in fighting infections in the digestive tract. As a suggestion, try to give two to three cups of black tea to relieve symptoms of diarrhea.

Who would have thought that lemon, which is often found in the kitchen, can relieve the symptoms of diarrhea experienced by children? Yep, parents can make lemon juice that kids love three or four times a day. The reason is, lemon is able to neutralize viruses or bacteria that infect the digestive organs. So, make sure you always have lemon in stock.

In addition to warming the body, a ginger decoction is also able to fight viral or bacterial infections that cause diarrhea. However, make sure to boil the ginger in the right quantity so that it is not too spicy. Now, to add flavor, add honey as a sweetener. Thus, ginger boiled water can be used as a medicine for diarrhea in children that is liked by children.

Apparently, giving probiotic products can help relieve symptoms of diarrhea. The reason is, probiotics contain good bacteria to restore the balance of bacteria in the intestine. One of the probiotic products that children like is yogurt. However, make sure to buy yogurt that contains Lactobacillus bacteria or live cultures.

So, after knowing the appropriate medicines, parents should also know the causes of diarrhea in their children. Thus, this disease can be avoided in the future. In general, viral or bacterial infections can be caused by poor hygiene, food poisoning, taking certain medications, food allergies, and certain health conditions.

Therefore, you and your child need to maintain health by carrying out positive activities, such as getting used to washing hands, maintaining cleanliness, cooking various foods thoroughly, and only drinking sterile drinking water. Thus, you don’t need medicine for diarrhea in children because the baby is always healthy. 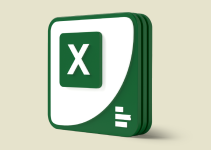 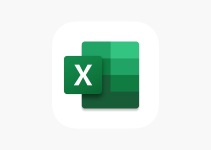